The Hellenic Initiative goes to Australia 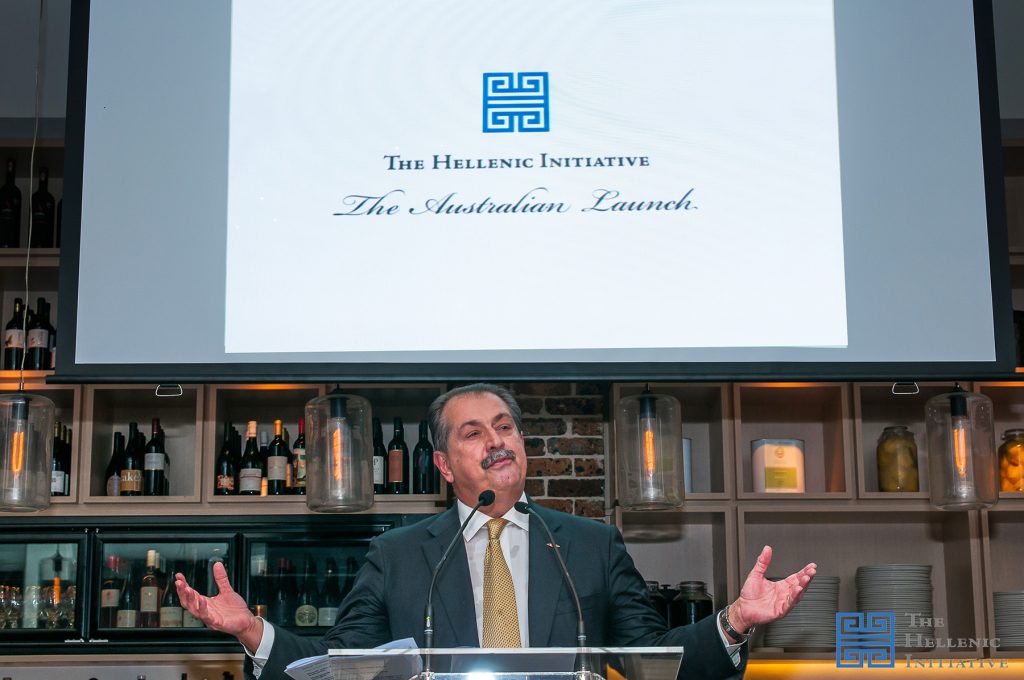 More than 150 leaders of the Greek-Australian community met in Sydney on 26 March 2014 to discuss how to mobilise Australian support for The Hellenic Initiative.  Representatives from every state and the two mainland territories attended a dinner event at the Hellenic Club of Sydney’s stunning new Alpha Restaurant, and after a lively discussion there was broad consensus to form an Australian Chapter of THI.

The event MC was Helen Kapalos of the Seven Network’s Sunday Night program, and THI Chairman Andrew N. Liveris was the keynote speaker.

“This was the first time so many community leaders nationwide have come together to discuss how to organise our community in support of Greece,” said Nick Pappas, “We were heartened by the broad attendance and inspired by the commitment to join together.”

The event began with a networking reception, followed by a keynote address describing the The Hellenic Initiative’s work to mobilise the Greek diaspora to support long-term renewal in Greece.

The Q&A session was charged with emotion as participants wondered aloud how best to support Greece today and avoid pitfalls of the past.  By the time the event ended there were numerous side discussions about how to move forward together.

“It was energising to see so many of my fellow Greek Australians coming together to join an international movement to support Greece,” said THI Chairman & Co-Founder, Andrew N. Liveris.

“I was equally excited to see that passion in the room towards the need and ability to have a real and lasting impact on our ancestral homeland.    THI is proud to see its Australian chapter come to be and thank Nick, George, Greg, Penny, and Nick for getting us to this juncture”.

The organising committee will be holding follow-up discussions soon to launch a local chapter. “We are at the start of something exciting for all of us,” said George Giovas.  “This is the first organised effort to mobilise our global community, and we are excited to work alongside friends in the US, United Kingdom and Continental Europe.  Oli Mazi is how we must work together as Hellenes to not only help Greece but to ensure we maintain our culture for our children and next generations,” Mr Giovas said.