An Australian Internship Program for young Greeks who have been hit hard by the economic crisis was the flagship program announced at the THI Australia Inaugural Dinner on 3 June, 2015.

THI Australia has secured more than 40 six-month paid internship opportunities for Greek graduates in 22 companies, equating to a $1.8 million investment over two years.

Placements will be spread across Australian states in a variety of industries, from finance to pharmaceuticals and technology, including major banks ANZ and National Australia Bank.

The Australian Internship Program Interns will work in partnership with the groundbreaking ReGeneration program in Greece to find candidates for these unique opportunities.  Successful candidates will spend six months working in Australian companies and return to Greece with new skills, mindsets and capabilities.

More than 180 business, corporate and community leaders from across Australia attended the June event, which was hosted by ANZ at the bank’s prestigious Melbourne Room venue.

The dinner raised more than AUD$240,000 for THI towards the internship program and innovative crisis relief programs in Greece.

The event had a truly global flavor with an inspirational keynote address from special guest, THI CO-founder George Stamas. THI Chairman Andrew N Liveris was beamed into the room  via a live weblink to deliver his special message. Athens-based THI Program Director Michael Printzos provided insight into the situation in Greece and the THI’s work supporting crisis relief efforts and economic revitalisation programs.

Australia is the first diaspora community to form a local chapter of THI and was reaching out to the Greek Australian community to support the efforts of THI.

“This is Greeks coming together using their corporate muscle, using their business muscle and their Hellenic initiative for the betterment of Greece.” – Nicholas G Pappas AM, President, THI Australia 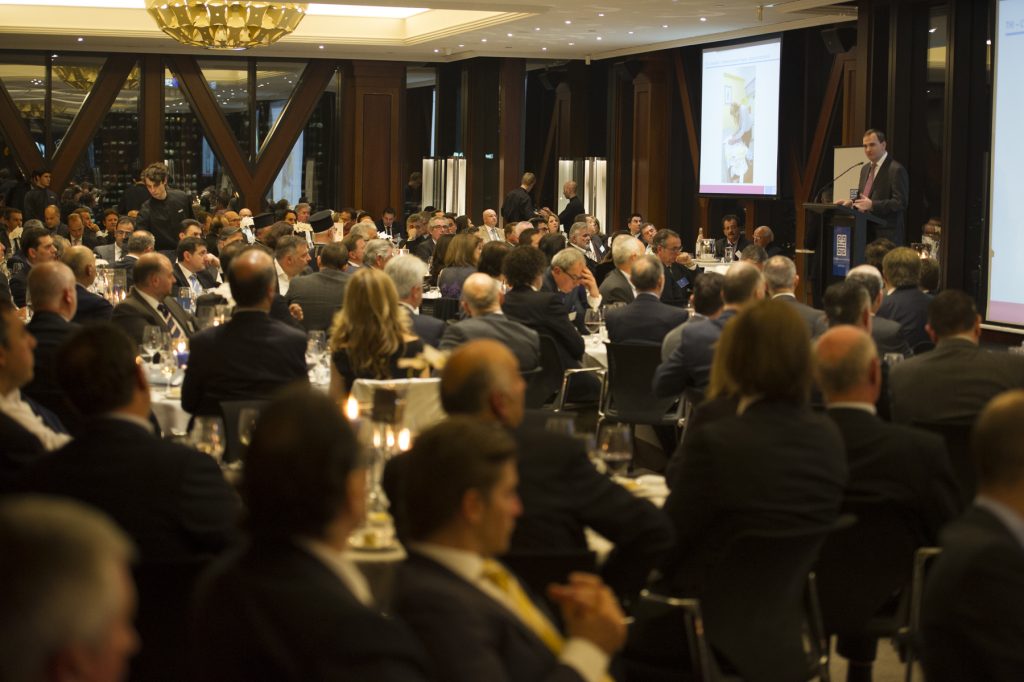